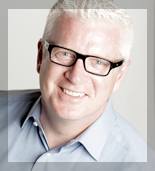 Vince Poscente is Chief Marketing Officer for Mental Training Inc, with responsibility for business development, marketing campaigns and messaging on mental toughness. Vince has predominantly worked as a motivational keynote speaker and author on the topic of peak performance, overcoming adversity, and sustaining resiliency in a competitive landscape. In 22 years of consulting and speaking, his clients include, FedEx, IBM, HP, Cisco, Hyatt Hotels, American Airlines, US Bank, Merrill Lynch, John Hancock, National Association of Realtors, Pfizer, Johnson & Johnson, Enterprise Rent a Car, McDonalds, Century 21, Bell And Howell, Canon, Intel, Oracle and State Farm. He has lectured at MIT, SMU, Texas A&M and University of Texas. Prior to this he was the VP of Marketing at International Investment Properties after an award winning sales career.

Vince’s greatest strengths are in the areas of communication, focus and leadership. He thrives on challenges, particularly those that help clients overcome adversity and sustain resiliency. His most recent project involved a 29 day, virtual coaching intensive designed to help athletes, entrepreneurs and/or sales people clarify their vision, commit to that vision, execute a winning consistent strategy, perform with confidence and control peak performance with specific routines.

Of note, after his B.A. at University of Alberta where he focused on Sports Marketing, Vince went onto being the Executive Director of the Alberta Luge Association and liaison with the host broadcaster for the 1988 Olympic Winter Games. Then he decided he wanted to be an Olympian. Vince went from recreational skier to the Olympics in four years. He became a five time Canadian record holder, ranked 10th in the world and into the Speed Skiing gold medal round of the Olympic Winter Games in Albertville, France. Vince placed 15th skiing at national record of 135 mph. After his sales and executive leadership experience, he went onto speaking, consulting and writing.

In his most recent career Vince has become a New York Times bestselling author (writing seven books to date), inductee into the Speaker Halls of Fame (in Canada and the USA), a Masters of Arts in Organizational Management and adventurer leading climbing in the Himalayas. He is the founder of the Heroes Climb initiative (climbing and naming mountains after every day heroes).

Vince has been married for over 20 years to a wonderful woman/serial entrepreneur, lives in Dallas and is father to three amazingly talented kids. His musician son, entrepreneurial/actress daughter and youngest, who is a ballet dancer extraordinaire all attended leading arts magnet schools. In Vince’s spare time he plays recreation league hockey on two teams. Despite a few broken bones, he still has all his teeth.